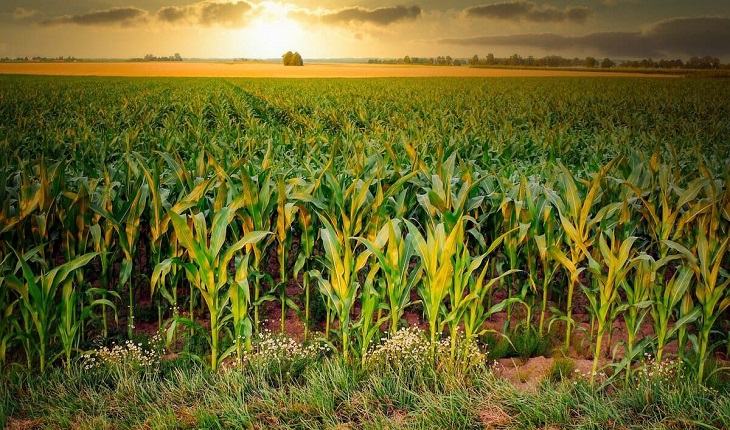 Over 1.37lakh tonnes of maize yield are expected to be produced from 12715 hectares of land in all seven upazilas of the district during the current season.

Farmers of the district are expecting 1,37,332 tones of maize production in the district.

The office said farmers cultivated maize on 12,715 hectares of land which is 515 hectares more than the target. As a result 5,562 tonnes more maize is expected to be produced this year.

The office said various incentive programmes on maize cultivation, available of DAP fertiliser, use of various high breed seeds, favourable weather, absence of past attack and good marketing facility are behind the increasing trend of maize cultivation in the district.

The office said under an incentive programme the agriculture department disbursed 20 tonnes maize seed and 300 tonnes fertiliser among 10,000 small and marginal farmers to increase maize production this year.

Azad Rahman, a farmer at Baogali village in Jamalpur Sadar upazila, said "as a cash crop I cultivate maize every year. This year I cultivated maize on one acre of land and I am expecting good yield".

Farmers in the char areas have cultivated maize on an extensive land as the soils of the char land are suitable for maize cultivation. Besides, farmers got fair price of maize last year which also encouraged farmers to bring more land under the maize cultivation.

He said farmers cultivate maize on extensive land in char areas. Maize cultivation is increasing in the district as farmers get good yield of maize along with fair price and marketing facilities of their products, he added.