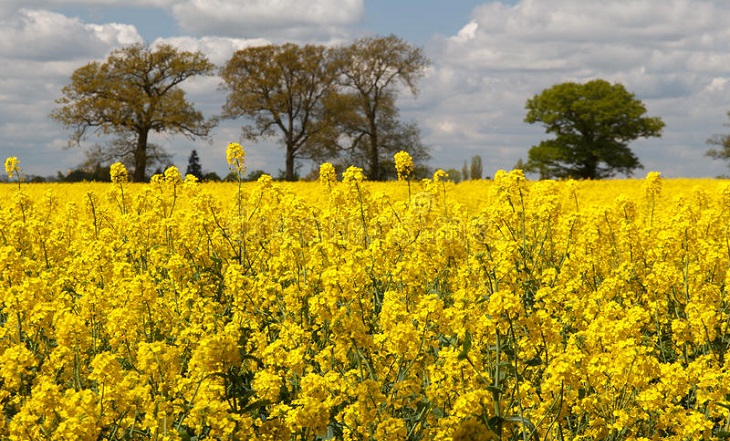 The mustard cultivation exceeded its fixed target during the current Robi season in all the seven upazilas of the district.

As the favourable climatic condition is prevailing in the district, the cultivators are expecting an excellent production of the crops in the areas.

Good production of mustard and its fair prices have been encouraging the farmers to spread its cultivation during the last several years.

Easy cultivation and harvesting process and lower production cost is also a reason behind the popularity of mustard cultivation in the areas, the sources said.

Ala uddin, one of the mustard cultivators of Nabagram village under Manikganj sadar upazila, said they cultivated mustard on their lands after harvesting the Aman paddy and they would cultivate their main crop Boro paddy on the same land after reaping mustard.

Department of Agricultural Extension (DAE) has fixed a target of bringing 36,200 hectares of land under mustard cultivation in all the seven upazilas of the district this season to produce 48,870 tonnes of the oil seeds.

But, farmers have finally cultivated mustard on 37,098 hectares of land this time in the district, the DAE sources added.

"The government ensured the necessary supply of seeds, fertilizers and other inputs in the right times to help its bumper production," the sources said , adding that most of the land would be brought under Boro cultivation after harvesting mustard.

Deputy Director of the DAE said mustard cultivators of the district are interesting to cultivate the crops on their lands due to its easy cultivation process. High market price is also one of the main factors in cultivating mustard, he added.

The present rate of mustard is Taka 90-95 per kilogram in the markets and its demand is increasing day by day as the people are using mustard oil for cooking.