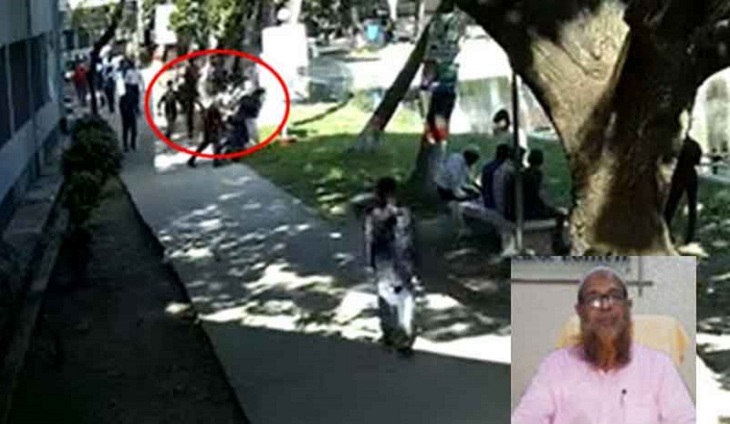 Police arrested 25 people in connection with the case filed for throwing Rajshahi Polytechnic Institute principal into pond by a group of ‘Bangladesh Chhatra League (BCL) activists on Sunday.

On Saturday afternoon, a group of ‘Bangladesh Chhatra League (BCL) activists’ threw Farid Uddin Ahmed into the pond on the campus for his refusal to allow two students to fill up forms for examination for inadequate class attendance. The incident was captured in a surveillance camera.

Following the assault on Rajshahi Polytechnic Institute’s Principal, students and teachers of the institution are staging protests on the campus demanding punishment of the miscreants this morning.

Meanwhile, teachers of the institute went on a work abstention from Sunday as the offenders involved in the incident were not arrested by Saturday night.