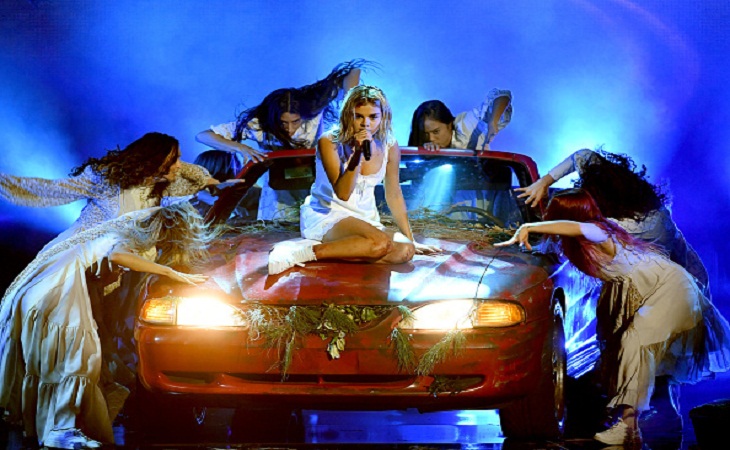 Singer Selena Gomez has been slammed for allegedly lip-syncing at her gig at the American Music Awards (AMA) 2017. This was her first performance since undergoing a life-saving kidney transplant.

Showing off blonde hair, dressed in a white silk slip and trainers, Gomez writhed on a car bonnet while dancers in nighties performed a routine around her. However, some viewers were unimpressed with the singer’s big return, accusing her of lip-syncing, reports metro.co.uk.

Twitter was flooded with comments from viewers as noticeably, Gomez’s own reaction after her comeback was muted, with the singer shrugging as the crowd cheered.

While one user wrote: “Selena Gomez can’t sing to save her life”, another posted: “No hate, but Selena Gomez is lip-syncing.”

The AMAs also had Christina Aguilera paying tribute to late singer Whitney Houston on the 25th anniversary of the film The Bodyguard with a medley of I will always love you, I have nothing and Run to you.