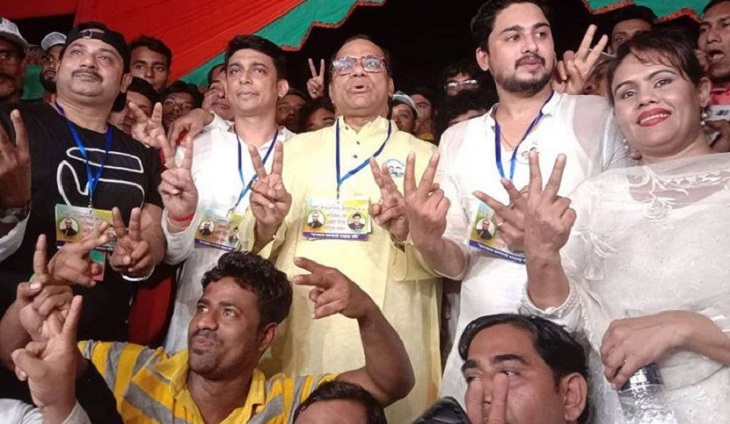 Misha Saudagar and Jayed Khan have been elected again as President And General Secretary of the organisation respectively.

After the ending of the vote at 5:30 pm, the result was announced at 1:45 am (Friday night) on early Saturday.

Misha Saudagar was elected as the president bagging 227 votes. His nearest contestant actress Moushumi got 125 votes.

On the other hand, Jayed Khan woned the General Secretary post getting 284 votes. His nearest contestant Elias Cobra got only 68 votes.

According to Election Commission sources, among 449 voters a total of 386 voters exercised their franchise to elect the new executive committee for the 2019-20 period.

The voting began at 8:00 am at Bangladesh Film Development Corporation (BFDC) and continued until 5:30 pm though it was scheduled to finish at 5:00 pm.