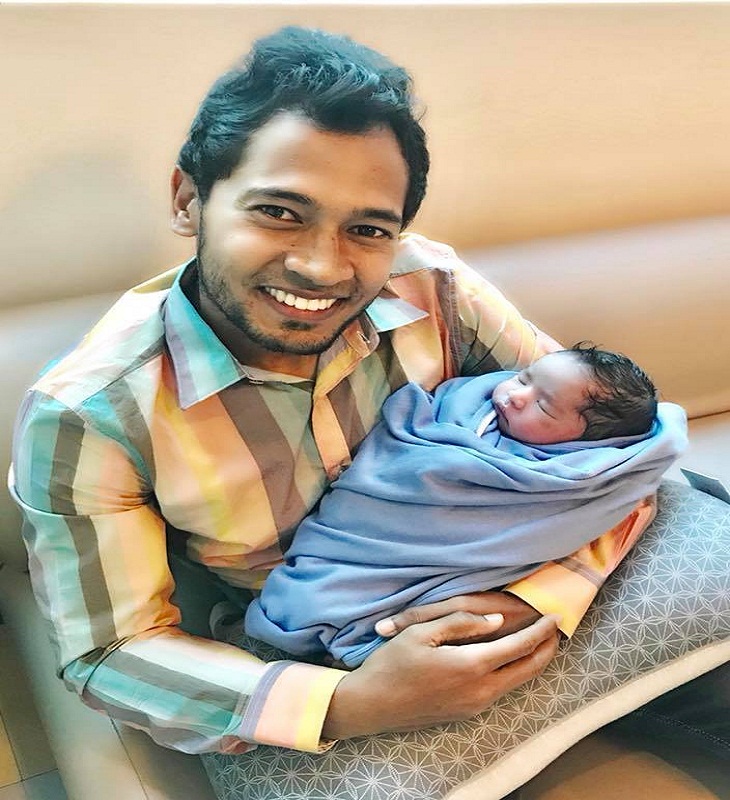 The junior Mushfiqur Rahim was born at the Square Hospital in Dhaka at about 9:30am.

The wicketkeeper of Bangladesh team has not shared the news with his fans and followers yet. However, Mushfiqur’s father, Mahbub Hamid confirmed the birth of his grandson through a Facebook post and asked everyone to keep the little one in their prayers.

He also said the mother and the baby are in good condition.

Mushfiqur Rahim, the former caption of Bangladesh cricket team, made his Test debut in 2005, during Bangladeh’s first tour of England, and he played his first One Day International (ODI) in 2006.

Shakib, Mushfiqur in Cricket.com.au’s Test XI of the year

Shakib, Mushfiq named in Guardian's Test Team of the Year

'Management wants me away from infield': Mushfiqur