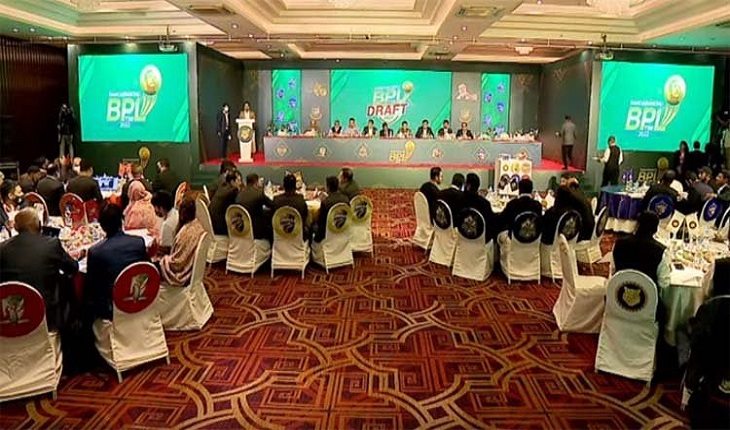 The Player Draft of the eighth edition of Bangladesh Premier League (BPL) was held today at a local hotel in the city.

Six teams are vying for the coveted trophy this year but BCB found five franchisees which took the ownership of five divisions. Rupa Fabrics Ltd & Marn Steel Ltd (Consortium) got the ownership of Dhaka Division but they had to be left out at the eleventh hour due to failing to meet the requirements of the Bangladesh Cricket Board (BCB).

BPL governing council secretary IH Mallick said Dhaka will be run by BCB for the time being and later they will decide whether they would take sponsor or ownership for the team.

The BCB had earlier announced that the Champions Team will be awarded BDT 1 crore while the runners-up will get BDT 50 lac.

A team could recruit one local player from any category as a direct signing prior to the Player Draft.

A team was entitled to register a minimum of 10 and a maximum of 14 local players. Except for the one direct signing, all other local players were obtained from the Player Draft.