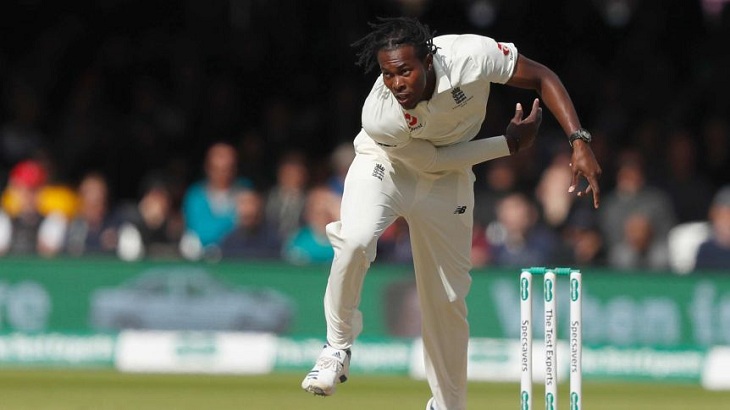 After his seamless introduction to international cricket, Jofra Archer has been awarded Test and white-ball contracts by the ECB for the 2019-20 season. Rory Burns and Joe Denly have also received deals while there is no Test contract for Moeen Ali.

After making his England debut in May, Archer had a stellar summer. He took the new ball during the World Cup and bowled the crucial Super Over in the final at Lord's, following it up with 22 wickets at an average of 20 during the Ashes campaign. He has already cemented his place in England's best team across all formats and has been rewarded by Ashley Giles, England's Director of Cricket, with one of the 22 central contracts.

Surrey's Burns has been awarded a Test deal after his solid performance at the top of the order during the Ashes. Denly, who missed out on World Cup selection at the last moment but showed clear improvement during the Ashes, has been awarded a white-ball deal in recognition of his general improvement and as a nod to a potential role in T20 cricket ahead of next year's World Cup.

Jack Leach, who has cemented his place as the number one Test spinner this summer, has been awarded an incremental contract for next season alongside Surrey quick Tom Curran, who was an unused member of the World Cup squad.

The immediate Test futures of Moeen Ali and Adil Rashid look uncertain after both were given just white-ball deals for next year after having all format contracts last time round while Nottinghamshire's Alex Hales, dropped from the World Cup squad after failing a drugs test, Surrey's Liam Plunkett and Yorkshire's David Willey miss out altogether.

Under the structure, players in both formats receive a 'ranking' based on their performances on the pitch, as well as a number of other factors, including off-field contribution, fielding and fitness. Those rankings then correlate with the level of remuneration.

Australia take the advantage despite Indian fightback in 4th Test

Covid: UK to close all travel corridors from Monday

Australia take the advantage despite Indian fightback in 4th Test

High Court: Why recording biometric data should not be mandatory for birth registrations