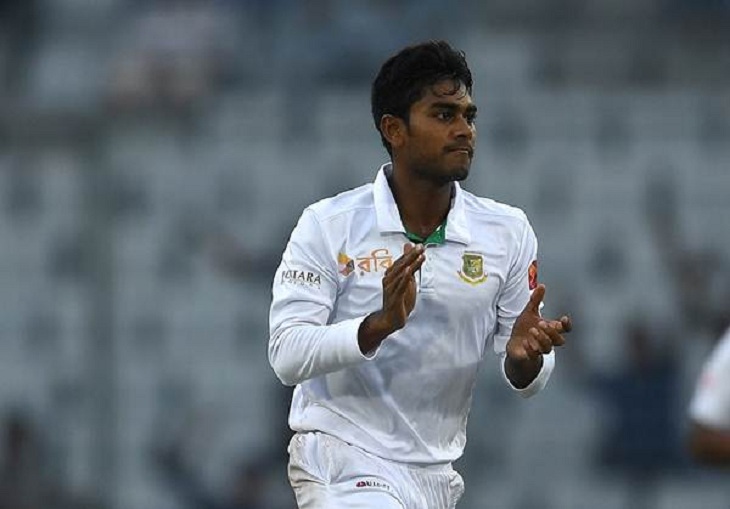 Bangladesh all-rounder Mehidy Hasan Miraz believes the longer version series against Sri Lanka A kept them in good stead ahead of the two-match Test series against India, from where the Tigers would start their World Test Championship journey.

Bangladesh A had settled for draw in two matches of the series but more importantly some of their Test stars performed well to take some confidence in the Test championship.

”I think we played well as a team in the four-day matches. I think it was very important for us considering the upcoming Test championship as most of the Test players like Mominul, Sadman and Mithun played there and it will certainly help them in the upcoming days,” Miraz said here on Wednesday.

”I bowled a lot and it will certainly help me while batsman like Mominul and Sadman scored runs and these achievements will be some kind of an inspiration for us in the upcoming days,” he said.

Miraz said that he is happy that he could get the opportunity of bowling in long spells in the four-day games against the Islanders and according to him it certainly helped him to bowl in better line and length. ”I think it was good for me because I was able to bowl for long period of time and for me it [bowling for quite some time] happened after a while in abroad,” he opined.

”I am playing with white ball a lot for last few days so it was a big opportunity for me to play two four-day matches. I had some problem with my line and length and it improved quite a bit by playing in the four-day matches and I hope I can improve further with the NCL matches,” he said.

”I think I need to focus on red ball because we have a number of Test matches in the upcoming days. I could not bowl well in the last couple of Test matches largely due to inconsistency with my line and length,” he said adding his performance [12 wickets] will be a confidence booster for him in the coming days.

Miraz said that he is not too concerned after losing his place in the Twenty20 squad but added that he always keeps him prepared to play anywhere if he gets opportunity in the coming days.

”I think the team management knows best where I should play and I have to stick to their plan of action regarding me. I think I need to give more time to do well in Test,” he said.

”I am always mentally ready to play across and I will prepare myself mentally so that I can take up the opportunity,” he added.