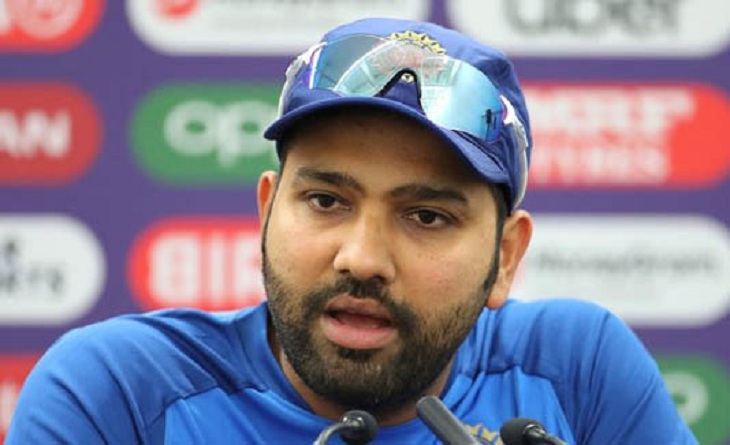 India captain Rohit Sharma urged his side to not to repeat the mistakes that they had done in their seven-wicket defeat to Bangladesh in the first T20 match. He said they have to play better cricket to level the series and give them a chance to keep their record of not losing any three-match T20 series at home.

“We have to play better cricket, which was something I said we didn’t do after the last game,” Rohit said here on Wednesday.

“We were short in a lot of departments; we were not good on the field. Those are the things we need to recalculate and bring into this game. It is important to focus on the mistakes we made and make sure those mistakes are not repeated again.

“That is the sign of a good team, when you don’t repeat mistakes. It gives us a great opportunity to do that, reflect on what mistakes we made, and try and not repeat them.”

India’s slow approach in powerplay in Delhi was vastly criticized but Rohit said that was because of the nature of wicket since they wanted to assess what kind of score was safe here. Since the Rajkot pitch is predicted to be good batting pitch, Rohit said a different India would turn up in the second game.

“The pitch looks good. Rajkot has always been a good track to bat and it does offer some assistance to the bowlers also. It will be a good pitch. I’m pretty sure it will be better than what you saw in Delhi,” he said.

“We saw that the conditions were not ideal (In Delhi). There was something on offer; the pitch was a little soft. We all love to play shots…but shot-making was not that easy. We have to assess and see what sort of score we want in the first 6 and then 7 to 15 and then the last 5 overs.

We have to break it down like that. When you are playing on a pitch like that, you need to understand what will be the ideal score for you to defend. Of course that was the idea, and that’s what the batsmen were trying to do. But if the pitch is good, you will see a different Team India approach tomorrow.”

While India have been in good stead in Test and ODI cricket, there T20 record is not well despite they organize the best T20 league in the World-The IPL.

Rohit said since they are experimenting a lot in T20 cricket, they didn’t get a stable squad in this format like ODI and Test. But he didn’t show it as excuse and said despite experimenting with the team, they are focused on to win the second game.

At the same time, he admitted that there is pressure on the team to win this T20 series against Bangladesh “Pressure is just on the team to perform, as simple as that. Not a particular department. You’ve lost as a team, you’ve not lost as a bowling unit. So the focus will be on the team,” he said.