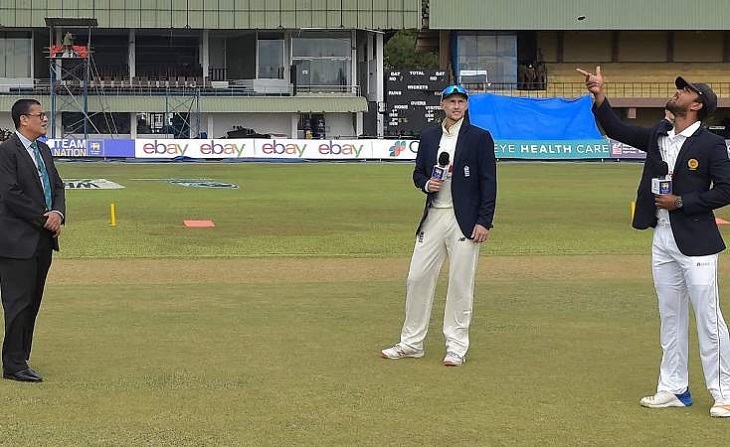 Sri Lanka's stand-in-skipper Dinesh Chandimal won the toss and elected to bat in the second Test against England on Friday.

The hosts, who trail the two-Test series 1-0, have made three changes to their starting line-up with all-rounder Ramesh Mendis set to make his international debut in Galle.

Fit-again paceman Suranga Lakmal returns while batsman Oshada Fernando is expected to bat at number three in place of injured captain Dimuth Karunaratne.
"We had some discussion after the first game...when the situation comes, we have to execute," Chandimal said.

England had already revealed their team on Thursday with James Anderson coming in for fellow paceman Stuart Broad as the only change from their opening win.

"At least we've got some good experience to call upon," skipper Joe Root said. "Hopefully we can transfer that to this week."