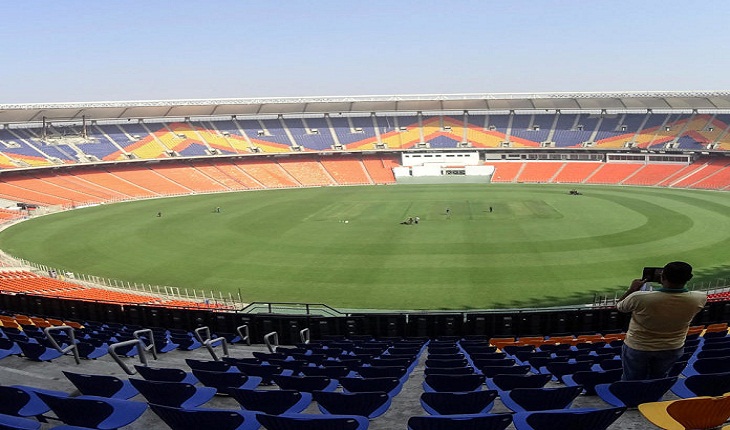 India and England return to the scene of last week’s hotly debated two-day Test on Thursday with the hosts looking to secure a place in the World Test Championship final.

The first Test held at the Narendra Modi Stadium, the world’s biggest cricket venue, turned out to be one of the shortest in history as England were thrashed inside two days.

The result, which left India 2-1 up in the four-Test series and ruled England out of the world championship final, prompted accusations that the uber spin-friendly pitch was not up to standard.

England skipper Joe Root returned the extraordinary figures of five wickets for eight runs with his part-time off-spin, in a day-night game that lasted just 842 balls — the shortest Test since 1935.

Former England players demanded answers from the International Cricket Council, accusing it of letting the wealthy and powerful Indian board get away with providing poor pitches.

But West Indies great Viv Richards said England should stop “moaning and groaning” and adapt to the conditions.

The England team have largely stayed quiet during the controversy, and bowling coach Jeetan Patel said the tourists were looking for ways to repel India’s spin attack.

“I expect this Test to be on a spinning wicket,” he told reporters. “We need to find a way, if we won the toss particularly, to put on a decent total first up.”

‘Who makes these rules?’

Spinner Jack Leach said there was more talk about the pitch in the media than in the England dressing room. “Still a hell of a lot for us to play for,” said Leach, who has 16 wickets in the first three Tests.

“Obviously if we win this game we draw the series. I think that will be a massive effort over here and we should be really motivated to make that happen.” “In the dressing we are just trying to get better and be prepared for this next match,” added Leach.

Virat Kohli’s India need a win or a draw to book a clash with New Zealand in the inaugural World Test Championship final. An England win would put Australia into the decider at Lord’s in June.

Up to 55,000 fans, half of capacity, will be allowed at the stadium, which was renamed after India’s prime minister hours before last week’s third Test.

India’s premier spinner Ravichandran Ashwin pushed back at criticism of the pitch, saying commentators don’t get to decide what is a good or bad wicket.

“Who defines this? Seam on the first day and then bat well and then spin on the last two days? Come on! Who makes all these rules?”

Root, whose five-for came in India’s first innings of 145, has conceded that England made selection mistakes after their second successive loss.

Dom Bess is expected to join fellow spinner Leach in the team in place of one of the fast bowlers.

India will be make at least one change after pace bowler Jasprit Bumrah, who bowled just six overs last week, opted out of the final Test for “personal reasons”.