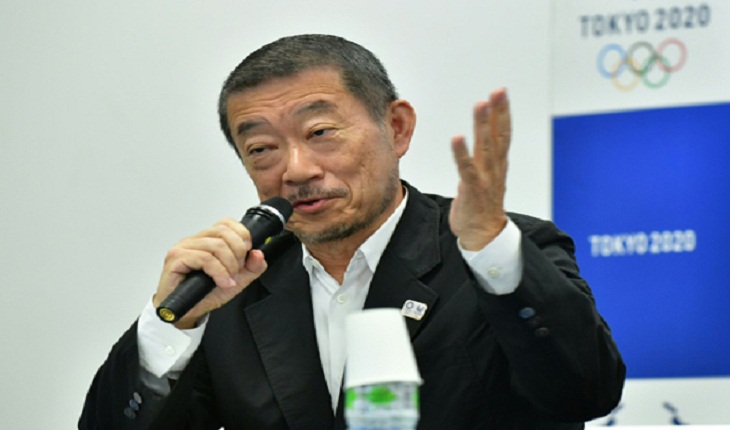 The creative director for Tokyo’s Olympic ceremonies will resign after making derogatory comments about a female Japanese comedian, in the latest headache for organizers of the virus-delayed Games.

Hiroshi Sasaki announced his decision after a report late Wednesday revealed he had proposed that popular plus-size entertainer Naomi Watanabe appear at the opening ceremony as a pig.

“My idea would be a huge insult to Ms. Naomi Watanabe. This can’t be taken back,” he said in a statement issued early on Thursday. “I regret this from the bottom of my heart, and I deeply apologize to her and everyone who felt discomfort over this,” he added.

Sasaki said he had spoken to Tokyo Olympic chief Seiko Hashimoto late on Wednesday to inform her he would be stepping down and would now officially submit his resignation. Tokyo 2020 has called a press conference to address the issue later on Thursday.

A local magazine reported that Sasaki had made the suggestion involving Watanabe last year, proposing having the entertainer appear as an “Olympig” wearing pig ears. The suggestion, made in a group chat, was immediately rejected by Sasaki’s colleagues, who told him it was inappropriate.

Sasaki was only appointed creative director for the Olympic opening and closing ceremonies last December but was already a key figure in the various spectaculars associated with the Games.

He was initially charged with the opening and closing ceremonies for the Paralympics but was also behind the stripped-back event that marked one year to go to the postponed Games after the coronavirus pandemic forced an unprecedented delay. There was no immediate comment from Tokyo 2020 on Sasaki’s resignation, though Hashimoto is expected to address the issue at the press conference later Thursday.

The row comes not long after she stepped into the top role, replacing Yoshiro Mori, who resigned after saying women speak too much in meetings. The scandals come with organizers battling public skepticism over holding the Games this year, and ahead of a key decision on whether to allow foreign fans to attend.

Olympic officials are widely expected to announce next week that overseas spectators will be barred, with limits on domestic fans still to be decided. Organizers insist the Games can still go ahead, despite restrictions, and have released a series of rulebooks they say will ensure virus safety.

The Olympic torch relay is due to kick off on March 25, though organizers have barred spectators from the launch ceremony and first leg, with those lining the route elsewhere banned from cheering and required to wear masks.