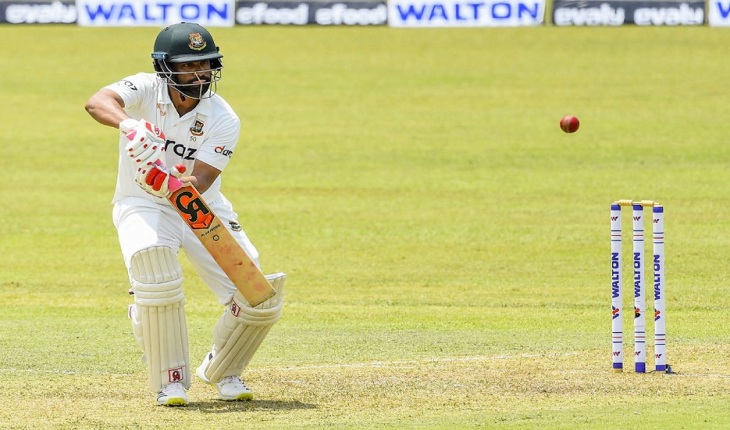 On the first day of the first Test against Sri Lanka at the Pallekele International Cricket Stadium, Bangladesh opener Tamim Iqbal missed a well-deserved century by ten runs.

But, before being dismissed, he laid a stable foundation for Bangladesh after Captain Mominul Haque elected to bat first.

The Tigers received a setback, losing opener Saif Hasan, who was out with naught in the second over of the game. But his early dismissal couldn’t stop Tamim, who came hard on the Lankan bowlers on a placid deck.

He got ably support from Nazmul Hossain Shanto, with whom he shared 144-run for the second wicket stand to put Bangladesh on strong position.

Tamim finally scored 90 off just 101, hitting 15 boundaries before he was undone by the extra bounce of pacer Vishwa Fernando. However, it was Tamim’s 29th half-century in Test cricket and second consecutive after hitting 50 against West Indies in the last Test.

This may have been his tenth century, allowing him to surpass Mominul Haque as Bangladesh's highest century-maker in the longer version format. That, however, was not to be.