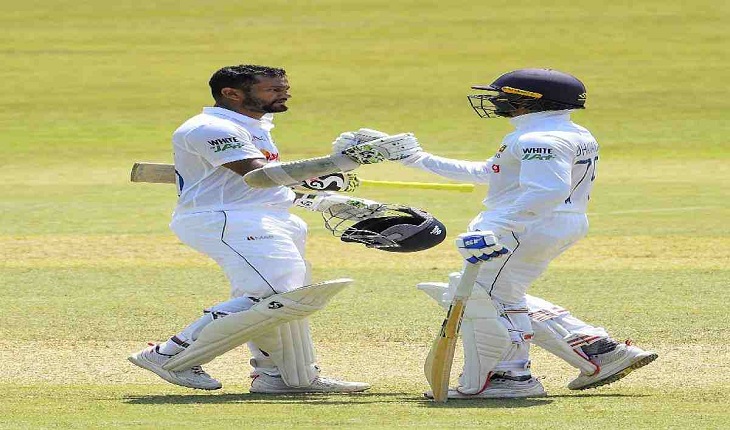 Sri Lanka continued to respond well in the Kandy Test against Bangladesh. Riding on the century of Captain Dimuth Karunarante, the hosts were batting at 331 for three in 104 overs at the launch break on day four.

They ended day three at 229 for three. In the first session of day four, they added 102 runs without losing any wicket. Karunaratne and allrounder Dhananjaya de Silva were batting at 85 and 26 respectively at the end of day three.

They, however, are still 210 runs behind the visitors’ first innings total of 541 runs for seven.Earlier, Bangladesh declared the first innings at 541 for seven wickets in 173 overs before the lunch break of day three.

Najmul Hossain Shanto and Mominul Haque dominate in the first two days as they have struck a century each. It was the first Test for Najmul, and Mominul recorded his maiden century in away Tests.

Tamim Iqbal, Mushfiqur Rahim and Liton Das have struck a fifty each for the visitors.It was the sixth-highest Test innings for the Tigers, and third highest in the overseas Tests.

For Sri Lanka, Vishwa Fernando was the most successful bowler who bagged four wickets in the batting paradise conceding 96 runs in 35 overs while Suranga Lakmal, Lahiru Kumara and Dhananjaya de Silva took one wicket each.