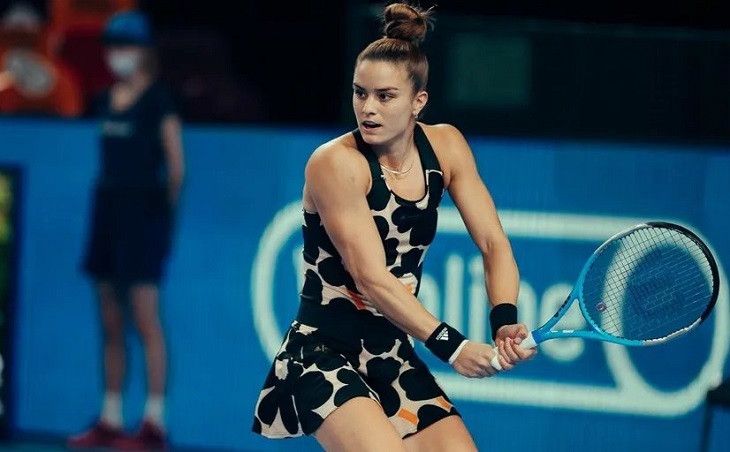 Sabalenka was left ruing a failure to capitalise on key moments and an eye-watering 19 double faults that undermined her service game.

The 23-year-old Belarussian squandered the chance to take the lead in the first set, allowing Sakkari to recover from 3-5 down to force a tiebreak.

Sakkari then raced through the tiebreak to win 7/1, leaving Sabalenka needing to win the next two sets to stay alive in the tournament.

The top seed managed to dig deep to take the second set on a tie break after once again letting Sakkari back into the game to come back from 5-3 down to 5-5.

But a weary Sabalenka wilted in the decisive third set, making 10 double faults to win less than half of her first-serve points.

Sakkari, 26, is chasing only her second WTA title after a win at the Morocco Open in 2019.

The right-hander is competing at the end-of-season women's championships in Mexico after a 2021 campaign that included semi-final appearances at the French Open and US Open.

The other semi-final will see Spain's Paula Badosa take on compatriot Garbine Muguruza, also on Tuesday.

Badosa, who was already assured of a place in the semi-finals, wrapped up her group stage with a 5-7, 4-6 loss to already-eliminated Iga Swiatek of Poland.