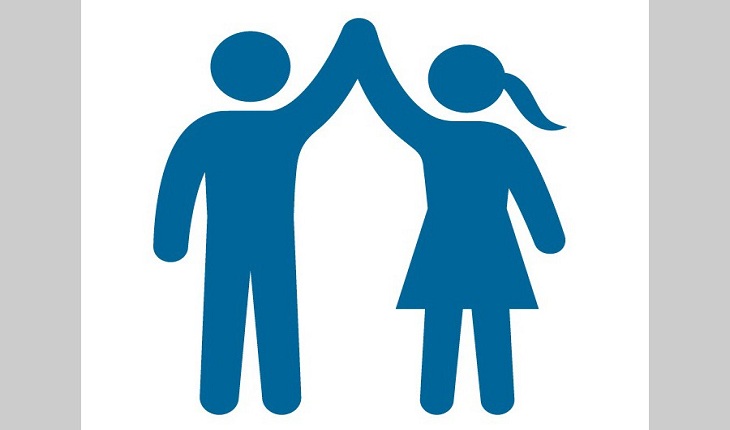 Bangladesh has held its top most position among the countries of South Asia in ensuring gender equality, achieving 50th rank, for the fifth time in a row, the World Economic Forum says.

The country has slipped only two notches to the 50th position, but is still ahead of all other countries in South Asia, according to WEF’s The Global Gender Gap Report 2019 published on Tuesday.

"It is the only country in the world where women have had a longer tenure than men at the helm of the state over the past 50 years, the report said.

"This contributes to the strong performance on the Political Empowerment subindex (score of 54.5%, 7th)”, it added.

But there are only 8% of women in the cabinet and only 20% in the parliament.

Bangladesh's achievement "in the top 50 and regional leadership should not hide the fact that there is considerable room to bolster basic rights of women and improve their economic and political prospects," the report said.

Only one in 10 leadership roles is occupied by a woman (139th), and the estimated average annual income of women is 40% that of the men, the WEF report said.

The country's position in the rest subindexes remains 141st in Economic participation and opportunity, 120th in Educational attainment, and 119th in Health and survival, the report reads.

In the Global Gender Gap Report, 2020,  Iceland continued to be the most gender-equal country, followed by Norway, Finland, Sweden and Nicaragua.

"Iceland is once again the most gender-equal country in the world for the 11th time in a row," the report said.

Since 2006, the Global Gender Gap Index has been measuring the extent of gender-based gaps among four key dimensions -- Economic Participation and Opportunity, Educational Attainment, Health and Survival, and Political Empowerment -- and tracking progress towards closing these gaps over time.

This year''s edition of the report benchmarks 153 countries and provides country rankings that allow for effective comparisons across and within regional peers.

The South Asia region, according to the report, has closed two-thirds of its gender gap. If the rate of progress of the past 15 years was to continue, it will take 71 years to close the region''s gender gap, the report added.

"However, in contrast with the overall''s performance, the region''s economic participation and opportunity gap widens this year. Bangladesh leads the region, while the second-ranked country, Nepal, lags several positions behind at 101," the report said.

Sri Lanka was at the third position, India ranked fourth among the seven South Asian nations. At 123rd rank, Maldives is fifth from the region and Bhutan at sixth with 131 ranks.

The reports say Pakistan scored last among the seven South Asian nations and is antepenultimate, only ahead of Iraq and Yemen, among the 153 countries.

Also, the report said according to the current trajectory for closing the gender gap across politics, economics, health and education, the overall global gender gap will close in 99.5 years.

"The time it will take to close the gender gap narrowed to 99.5 years in 2019. While an improvement on 2018 -- when the gap was calculated to take 108 years to close -- it still means parity between men and women across health, education, work and politics will take more than a lifetime to achieve."

According to the report, this year''s improvement can largely be ascribed to a significant increase in the number of women in politics. The political gender gap will take 95 years to close, compared to 107 years last year.

India not pushing anyone into Bangladesh

BCB not to force cricketers for Pakistan tour