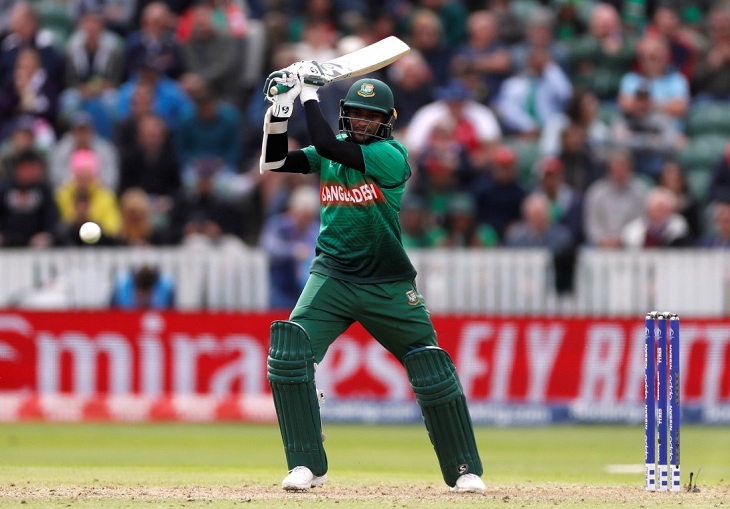 Bangladesh skipper Shakib al Hasan guided Tigers to get a four wickets victory against Afghanistan in their last match of the group stage at Zahur Ahmed Chowdhury Stadium in Chattogram on Saturday.

Shakib’s blistering 70 off 45 help Bangladesh to a dominating victory that broke Afghan hoodoo in T20 format before the final, which is scheduled on September 24 in Dhaka.

Bangladesh raised the hopes of breaking the four-match losing streak against Afghanistan after restricted the opponents to below par 138-7 inviting them to bat first.

The visitors kept Tigers in the hunt by taking wickets at regular intervals but Shakib Al Hasan was unfazed by the wickets tumbling around him and struck his ninth T20 half-century as Bangladesh reached 139-6 in 19 overs.

Shakib helped the side recover from the shaky start after Bangladesh was reduced to 12-2, losing the two openers-Liton Das (4) who was dismissed by Mujeeb-ur-Rahman and Nazmul Hossain Shanto (4), whom pacer Naveen-ul-Haq removed for his maiden wicket on his debut.

Shakib got support in Mushfiqur Rahim and the duo added 58-run for the third wicket stand before the latter dragged a pull to the mid-wicket off Karim Janat for 26.

Shakib, however, played his shots at will and reached his ninth T20 fifty knocking a slower from Naveen-ul-Haq to mid-wicket for two. But the other batsmen kept perishing after failing to negotiate Rashid Khan tactfully.

Meanwhile, Mahmudullah Riyad, Sabbir Rahman and Afif Hossain all fell for single digit figure before Mosaddek came up as able support for Shakib.

Together they took the side home without further fuss. Shakib smashed eight fours and one six in 70 not out which also helped him to surpass Tamim Iqbal’s 1566 to be Bangladesh’s highest scorer in this format with 1567 runs so far. He is also the highest wicket-taker for the country in this format with 91 scalps.

Shakib also grabbed the wicket of Mohammad Nabi. In his 4-over spell, he expensed 24 runs in the match.

Afghanistan, however, made a flying start after Shakib Al Hasan decided to bowl.

Hazratullah Zazai and Rahmanullah Gurbaz combined for a 75-run partnership for the opening stand, playing just 57 balls and it seemed Afghanistan took the upper-hand of the match.

But like the way they tasted a collapse after a whirlwind opening stand in the last match against Zimbabwe, they faced similar fate against Bangladesh also.

Afif Hossain who impressed with his batting against Zimbabwe in the first match, gave the side a much-needed breakthrough, dealing a double blow.

An occasional off-spinner Afif claimed 2-9 in three overs to lead the charge picking up the wicket of Zazai and Asghar Afghan in the space of three balls to leave them at 75-2.

Zazai smashed 47 off 35 with six fours and two sixes while Asghar Afghan was out with naught.

Bangladesh bowlers then came up with a disciplined bowling effort to stifle the Afghans.

Rahmanullah Gurbaz appeared to make a resistance but Mustafizur Rahman removed him with a return catch after he scored 29 off 27, clobbering two fours and as many sixes.

No one from the middle order, however, could stand tall in the face of some good bowling from Bangladeshi bowlers who looked determined to make it their day.

Shafiqullah Shafaq was the other notable scorer with an unbeaten 23.

Saifuddiin, Shafiul and Aminul sealed the win for Bangladesh

Mahmudullah gets fifty; Saifuddin strikes in 1st over again

Aminul, Nazmul to debut as Tigers put to bat first