BCB hopeful of hosting Bangabandhu T20 tournament as per schedule 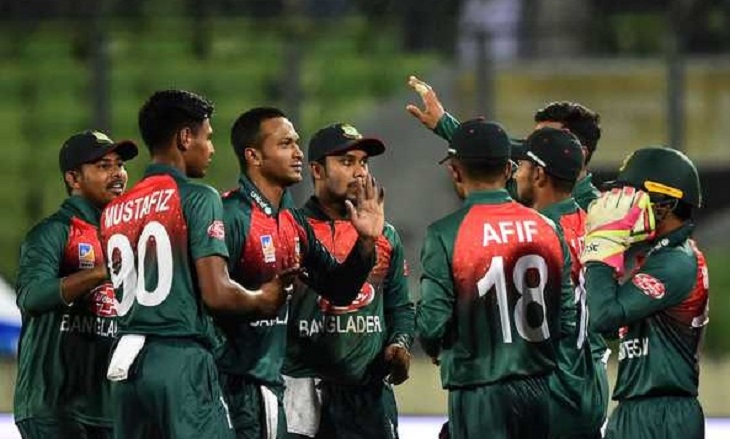 Bangladesh Cricket Board is hopeful of hosting the Bangabandhu T20 tournament on time despite the prevailing uncertainties. The board had decided to postpone the Bangladesh Premier League after a fallout with the franchises and host a T20 tournament similar to the model followed by Big Bash League in Australia.

BCB has had to suffer the embarrassment after Lokman Hossain Bhuiyan - one of the directors - was arrested for running a casino in Mohammedan Sporting Club. The BPL governing council is expected to play a key role in organising the tournament with acting chairman Sheikh Sohel and member secretary Ismail Haider Mallik set to play key roles. However, both members don't stay in Bangladesh and their absence is hurting the prospects of the tournament.

However, Jalal Yunus, the BPL technical committee chairman and member of BPL governing council, quashed any talks of the tournament not being held in time. "I cannot tell their [Sohel and Mallick] whereabouts and I should not be knowing that, to be honest. They have been away from the country for personal reasons and their unavailability shall not affect the preparation of the tournament," he said.

"We have strong intentions to start the special BPL on December 6. The BCB is already working with the ambition to meet the schedule. The CEO [Nizamuddin Chowdhury] and different managers of the board have been involved to prepare the structure in order to execute the tournament. They are, at the moment, doing the homework. President [Nazmul] has taken the charge to organise the tournament this year.

"Once the paper work is done, we can move on to the execution of the tournament. The board president is well informed on the progress. Most possibly, within a week, we can come to decisions."

The BCB also tried to bring in sponsors for the six teams and had floated Expression of interest on September 17. They, however, failed to bring in any of the BPL franchises as sponsors. It is understood only two companies - Akhtar Group and Tiger IT - are interested as they are trying to enter the cricketing market in Bangladesh. "Soon, the plans will be set and we will sit with the companies that have shown interest to be team sponsors," Jalal said.

Teams were offered sponsorship for Tk 6 crores however the costs - which include players' and team management staff salaries, logistics, accommodation, team kits and others - is expected to be a lot more. BCB has asked the sponsors to use their own funds in case the teams require more budget. Whether BCB will offer financial help is yet to be finalised.

As per the guidelines of the EOI, the floor price for the financial offer of team sponsorship rights for the season was set at Tk 6 crores but taking expenses of previous years it seemed too much on the lower side as on an average a franchise owners used to spend around 12 to 15 crores to form a standard squad for the tournament.

"The sponsors are participating in the tournament based on a floor price. The expenses of running a team will be more. So many things are to be decided in meetings with these sponsors (to be held soon). We will have to see if the board will contribute financially for the teams and how it can be done," Jalal revealed.

Anju Jain to not travel for Pakistan tour with Bangladesh squad

Senior cricketers to play in NCL after 4 years