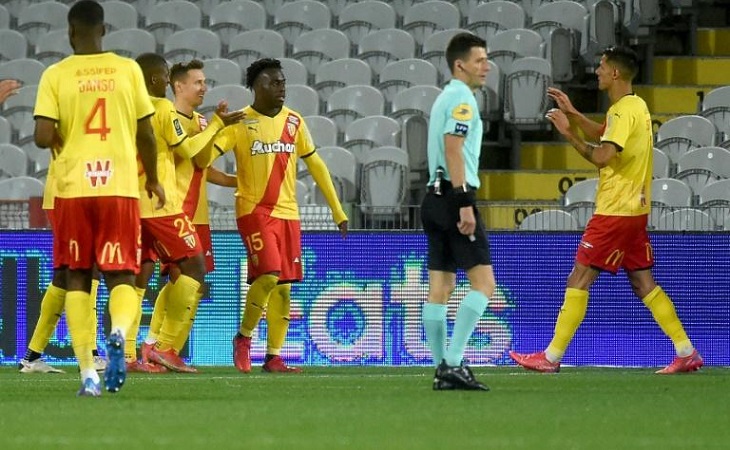 Lens cut Paris Saint-Germain's lead at the top of Ligue 1 to six points on Friday with a 2-0 win over Reims although their fans were forced to stay away.

Teenage striker Arnaud Kalimuendo, on loan from PSG, scored both Lens goals as the team moved to 18 points.

PSG lead with 24 points from eight games and have a game in hand.

Kalimuendo, just 19, opened the scoring on the stroke of half-time from the penalty spot after a red card handed to Reims teenage winger Hugo Ekitike for dangerous play.

Kalimuendo added his second in the 52nd minute as Lens bounced back from a 1-0 loss to Strasbourg in their last, crowdless, home game.

"We were in control. Obviously, with the penalty and the red card, it helped us to intensify our control," said Lens coach Franck Haise.

"To be second in the table heading into the international break, with an average of two points per game, it's beautiful."

PSG will look to restore their nine-point lead when they travel to Rennes on Sunday.