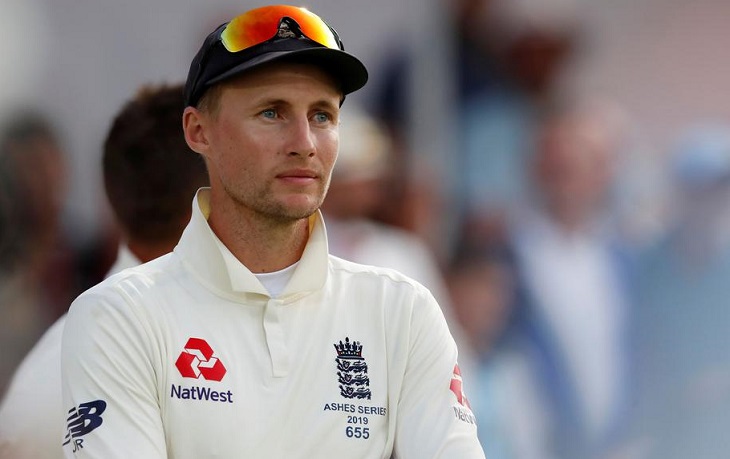 Root, who is currently in Australia leading England's Ashes preparations, issued his statement following weeks of escalating pressure at the club he has represented since childhood.

Former Yorkshire player Azeem Rafiq was found by an independent report to have been subject to "racial harassment and bullying" and subsequent allegations have emerged from others setting in motion additional investigations.

Root, who made his debut for his native Yorkshire in 2009, said he felt "compelled" to speak out as England captain and a senior player from the county.

"I just want the sport to be a place where everyone is enjoying it for the beautiful game it is and feels equal and safe," he said in a statement from England's base on Australia's Gold Coast.

"It hurts knowing this has happened at YCCC, so close to home."

He added: "These events have fractured our game and torn lives apart. I want to see change and actions that will see YCCC rise from this with a culture that harnesses a diverse environment with trust across all communities that support cricket in the county.

"We need to educate, unify and reset."

Root, 30, told a subsequent press conference that he had not witnessed racist incidents during his time at the Yorkshire.

"But it is clear things have happened at the club and we have to make sure we eradicate it," he said.

In response to Root's comments, Rafiq tweeted: "Disappointed is not even the feeling. Incredibly hurt. But uncomfortable truths are hard to accept it seems."

Earlier this week, new Yorkshire chairman Kamlesh Patel praised Pakistan-born Rafiq for speaking out over the racist abuse he suffered, revealing the county had settled an employment case with the off-spin bowler.

- England stance -
England under Root have taken to wearing T-shirts before games calling for an end to discrimination in cricket and staging pre-match "moments of unity" to signal their abhorrence of racism.

"You look at the work the current England teams have been doing over the last few years, it's something we care deeply about," he said.

"This shouldn't just apply to Yorkshire, this should apply across the game. Every county should find ways to eradicate racism from the sport and I think it's really important we look to do that."

The England team were rocked by a racism scandal in June, with pace bowler Ollie Robinson given a ban following the emergence of historical offensive tweets that overshadowed his Test debut against New Zealand.

But, after a public apology, Robinson returned to the side following his suspension and Root said there was a place for rehabilitation, as well as punishment.

"From my point of view, we all make mistakes and racism is something we completely have to eradicate," he said.

"But I do think people deserve a second chance and if they are willing to accept that they've made a mistake and they want to make change and want to move forward then I think that's really important as well.

"We are all human beings and I think that's something that we have to remember within this."

His exit follows that of club chairman Roger Hutton, who stepped down last week after sponsors began fleeing the club.

The England and Wales Cricket Board (ECB) have also stripped Yorkshire's Headingley stadium of the right to host international matches.

Bank of England charts path between Covid and inflation

Ashwin has ‘hero feeling’ after beating England on home turf