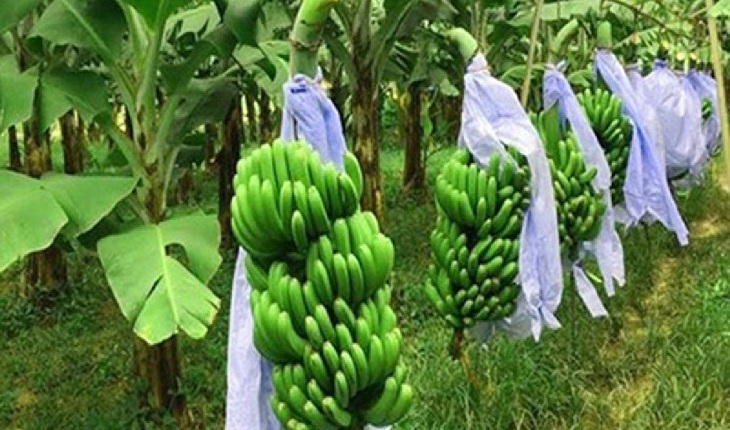 In recent years, cultivation of bananas in Bangladesh has created a great buzz among farmers drawn by the lure of the higher profits it generates.

The UN’s Food and Agriculture Organization ranks bananas as the world’s fourth-most important crop after the major cereals.

The country produces just under 1 million tonnes of bananas annually, last year it was 807,000 tonnes.

Banana farmers in Narail, who had a bumper crop this year, are also pocketing three-to-four times the usual price during Ramadan.

Narail farmers are happy with banana production and price this year. Farmers are sending banana to the capital after fulfilling the district demand, but here they are a little bit frustrated over problems they face in transportation.

They told UNB that the amount of waste generated while carrying their wares to different places of the country costs them a lot.

Farmers are choosing banana over paddy, jute and sugarcane for its easy marketing facility, cheaper labour costs and hence higher profits. Chinmoy Roy said the agriculture department has arranged to provide training to the farmers in order to boost production in the district.

Meanwhile, farmers are cultivating banana in most of the char lands in the district as the soil is not favorable for other crops.

Banana farmer Imran Hossain of Kolra union under Narail sadar upazila, said to UNB, “I have been cultivating banana for more than 12 years.  I chose banana as my main crop due to the lower investment required and low labour costs, making it more profitable.”

Imran Hossain claimed that other farmers in his area have also chosen banana after observing his success.

Khaleda’s sentences could be suspended for another 6 months: Law Ministry