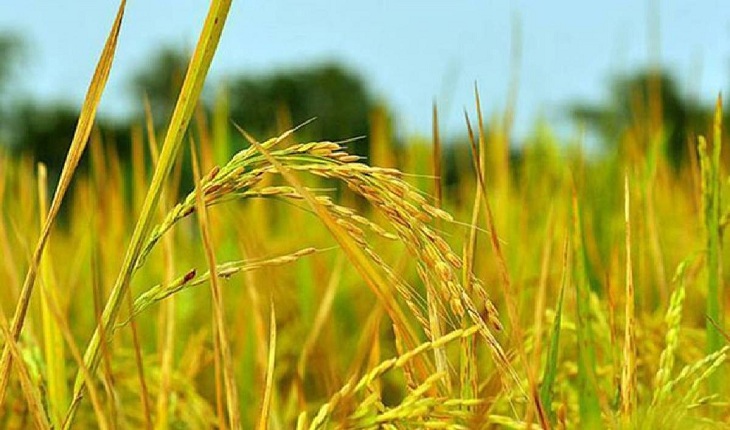 The newly-invented BRRI-87 variety’s shorter lifespan, high yield and greater resistance to pests are encouraging farmers in the area to cultivate the slender variety of rice.

Farmers have found BRRI-87 to be a better option compared to the golden variety they used to cultivate earlier. The new variety takes 127 days to mature, nearly three weeks less than the Swarna variety. The yield is 27-30 maunds (37.42 kgs) per bigha.

Before the new variety was invented by the Rice Research Institute, farmers had hard time selling Swarna and Guti-Swarna rice. But the slender variety of BRRI-87 has turned the table.

Farmers get the expected yield even if they plant this rice on high land. As the lifespan of BRRI-87 is short, the land can be used for producing multiple crops.

Soutom Kumar, the agriculture officer of Sharsha upazila, the new variety of rice was sown on 30 bighas in 11 unions.

BRRI-87 has been gaining popularity among farmers after Bangladesh Rice Research Institute examined its yield from various regions in the country and determined its lifespan in 2016.

A fully mature rice plant grows up to 122 centimeters and does not bend over as the stem is quite strong. The leaf is light green in color while the flag leaf is longer, wider and more erect than the BRRI-49 variety. The stem and leaves remain green when the rice ripens and the size of the rice grain is long and slender. The ‘Amylose’ in BRRI-87 is 27 percent.

The lifespan of BRRI-87 is seven days less than BRRI-49 while its yield is higher, too.

BRRI-87 has to be cultivated between the first and 21st day of Bangla month of Ashar. The seedling must be 25-30 days old. Two to three seedlings must be sown in every cluster and the plants should be 25-15 centimeters apart.

Farmers can increase the amount of fertilizer depending on the region they are cultivating. If water is required, it must be provided through irrigation until the rice grain becomes firm and matured.