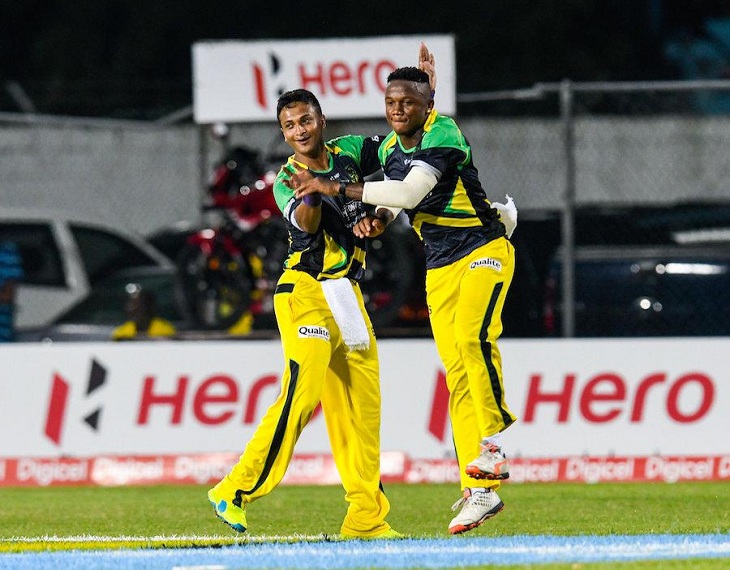 He has given the NOC subject to return to the country as per BCB’s wish, said Cricket Operations Chairman Akram Khan.

He said that the Bangladesh cricket’s biggest star would join the franchise-based Twenty20 tournament and is expecting him to be available before the preparation camp for the upcoming tour of India, scheduled in November comprising three Twenty20 Internationals and two Tests.

“We have given him the NOC to take part in the CPL. But there is condition that we are expecting him to be available before the preparation for the series against India,” Akram Khan said here on Tuesday.

“But we are yet to finalize the date of his return. After going through our practice schedule we’ll take decision on that.”

Shakib will leave the country on Wednesday, a day after the Tri-nation T20 series final in which he leads Bangladesh against Afghanistan. He will represent Barbados Tridents. The 32-year-old missed the last edition of CPL due to an injury and was replaced by Steve Smith.

Meanwhile, the BCB officials have insisted that they haven’t taken a decision regarding Afif Hossain, who was denied NOC after being picked by the St Kitts and Nevis Patriots. Afif was not given the NOC as BCB wanted to prepare him for the ongoing tri-series by making him play the High Performance Unit of Sri Lanka at home.

Aminul, Nazmul to debut as Tigers put to bat first

Shakib's fan runs onto the field to give him flower