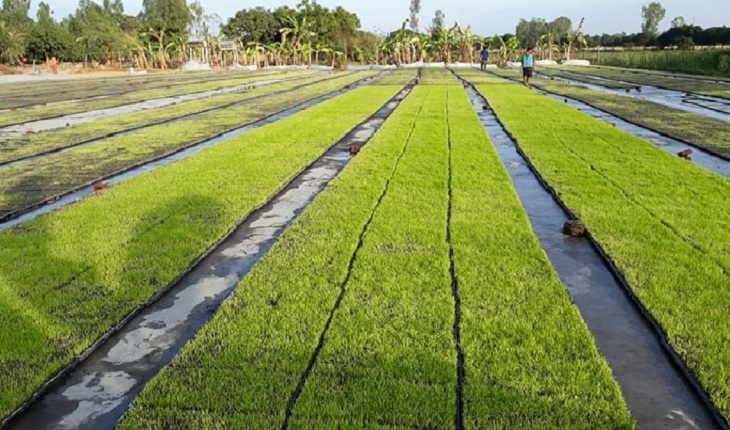 With a steady rise in population and a subsequent decline in agricultural land and labour, the government has turned to technology to meet the growing demand for food.

One of the new methods being promoted by the government promises to cut paddy production cost by half and a 15 to 30 percent increase in production.

Another goal of this unique project is to reduce the rising number of unemployment among the young generation by encouraging them to use modern technology and machines, cutting short the hardship of paddy cultivation process.

This method uses machines to produce seedlings and cultivate them using the rice transplant machines. The process will enable farmers to use less water in the production process and cut cost.

It has already been implemented commercially at 200 sites of 63 upazilas in 40 districts.

Abdul Karim, a farmer from Birol upazila who has been using the new method, expressed satisfaction and described the use of modern machinery as the most suitable process.

“I’m not only getting high yield but also the cost of cultivation has come down significantly,” he said. Many private companies and businesses have shown interest in the method and took initiative to spread its commercial use. The successful examples of commercial use of the method are already evident in many places including Madhupur of Tangail, Kurigram, Bogura, Dhamrai and Sylhet.