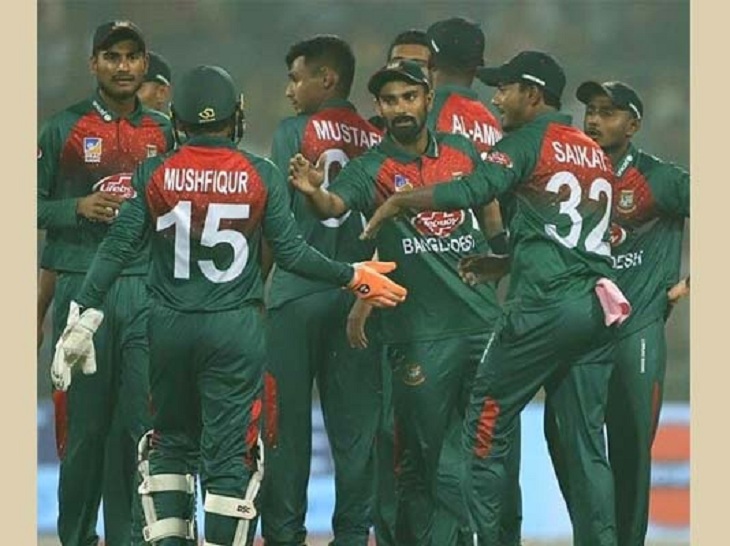 Bangladesh found some loopholes in fielding in their near perfect performance against India in the first T20 in which they won by seven wickets to take a 1-0 lead in the three-match series.

As the memorable series victory beckons them, the team management was inclined to plug the loopholes in this sector as the side gears up for the second match to be held in Saurashtra Cricket Association (SCA) Stadium, Rajkot in India on Thursday.

Taking their practice into consideration it seems they are well aware that fielding might be the key in the all-important second game of the series.

Their historical win against the India, did not take away the fact that they were quite sloppy in the inner circle after the departure of Rohit Sharma when their opponents picked some cheeky singles by milking the ball around the 30-yard circle.

Bangladesh’s South African head coach Russell Domingo is known to be a hard task master when it comes to developing a specific skill and this time around he got an able partner in New Zealander Daniel Vettori- who was in-charge of the fielding session at the green carpet in SCA.

The bearded Kiwis placed two boards around a chair and was seen throwing the ball in the board with full force that went to his charges in some good speed as the balls were sliding in good pace.

“We are aware that fielding is a very important part of cricket and we are making sure that we don’t lose any chance that comes our ways,” said Afif Hossain, the young gun of the team, who took an excellent return catch of Shivam Dube in first match to stall India’s progress.

Bangladesh remains quite inconsistent in fielding of late but Rajkot is considered to be a batting paradise, so shelling any chance could be fatal here.

“It looks to be a batting wicket and we have to execute all our plans if we want to put up a good show against them,” Afif said.

Bangladesh raised their fielding standard in the recent past but what they are looking forward is that they are consistent on day in and day out basis.

Bangladesh chief selector Minhajul Abedin emphasized on consistency more than anything else.

“You have to be consistent in the field because that is the key,” said Minhajul.

“If you are doing well one day and not performing the same on the other day then it won’t help you that much,” he opined.

“We have seen many times that we lacked consistency in our fielding and that is the major area of our focus,” he said.

“In a high voltage match one or two pieces of good fielding can change the complexion of the game and we need to make sure we are prepared to raise our standard as a fielding unit,” he concluded.