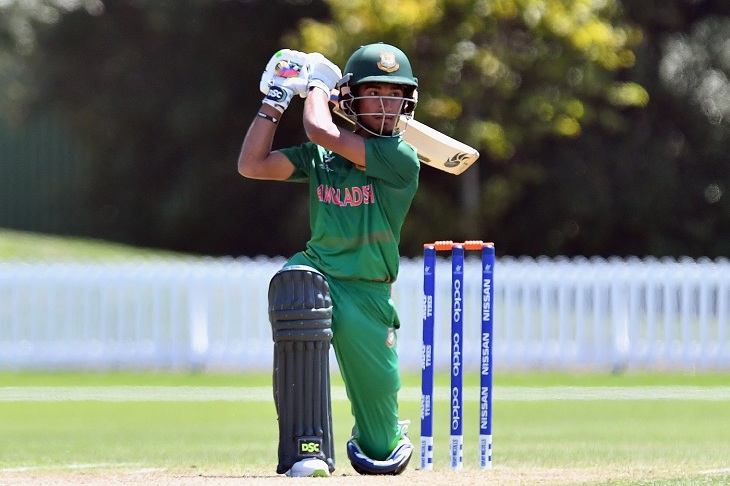 Bangladesh young all-rounder Afif Hossain said that the support from senior players and the coaching staffs helped the junior players like him and others to give their best in the ground.

Even though Mushfiqur Rahim played key role in Bangladesh’s landmark seven- wicket victory against India in the first T20, it was the junior players — Mohammad Naim Sheikh, Afif Hossain and Aminul Islam Biplob — who dazzled with batting, bowling and fielding in different part of the game to help the side take the game away from mighty India.

Afif said the chemistry between the senior and junior players remains superb because of the senior players and team management’s sincerity towards them, which helped them to perform better without pressure.

“The senior players that we have, are helping us (junior players) a lot, which helped us to play cricket without pressure and to remain relaxed. And they are helping us constantly, so I hope there won’t be any problem ahead,” Afif said here on Tuesday.

And the coach gives them the freedom to play their natural game, said Afif.

“He (Russell Domingo) always tells us to play with an open mind. Players get to play the way they usually play, as they are getting that freedom, that’s why they are able to play so freely,” he informed.

“Environment is pretty good in the dressing room and we are preparing for the second match. Our captain’s message is that play in a way that suits you best. That was part of our team plan that all we would do is be aggressive in field and we would try our best.”

Afif contributed in the first match with economical bowling before grabbing the catch of the match which sent Shivam Dube to the dressing room. However, Afif, who considered him as batting all-rounder didn’t get any opportunity to bat. He said he is waiting for his chance to bat well and contribute in team’s victory.

“I always try to bat ball-by-ball. I will try the same in the next matches too. I try to concentrate in every ball which helps me to be calm.”

Afif said the victory against India was pleasing, considering the hosts strength and experience.

“The journey is really pleasing. I am able to learn a lot of things from here. I was always excited as this is my first tour with the national team. So I was trying to perform at my best here,” he said.

“Definitely it is different than the previous one because of the opponent. The opponent is very strong now. I am playing first time against a more experienced opponent, which excites me,” Afif added.

Mushfiqur Rahim to give up wicket-keeping in Tests