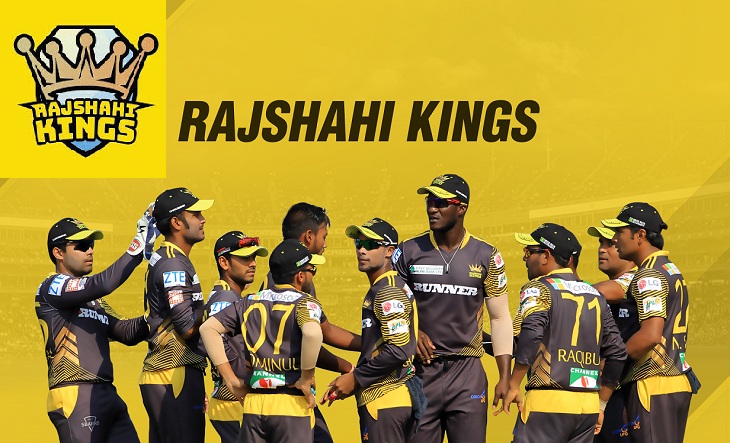 Bangladesh Premier League T20 2019 is knocking at the door as we bring you team previews of all the participating teams.

The representative from Bangladesh’s northern city, Rajshahi Kings have had up and down moments in their BPL history. This will be their fourth edition since their debut in 2015.

Rajshahi had a disappointing season in 2017. They finished sixth on the points table, managing just four wins from 12 games. Although they were the runners-up in 2016 under Darren Sammy’s captaincy.

The Kings made surprising moves ahead of the players draft. They neither retained Sammy nor Mushfiqur Rahim, one of the icons of this season. Mominul Haque, Mustafizur Rahman, Mehidy Hasan Miraz and Zakir Hasan were the four players to be retained.

Dutch veteran ten Doeschate previously played in the BPL for various teams. He could be one of the key players for Rajshahi. He has played T20 cricket around the globe and scored 6416 runs in 320 matches.

Rajshahi further added local Shahriar Nafees and Pakistani Mohammad Hafeez to their squad. Hafeez will be available for only five matches.

The local players will be watched out for in order to give Rajshahi their first BPL championship title. Mominul and Mehidy did well in international cricket this year. Mustafizur could not play whole of 2017 tournament. The Kings will hope their icon player Fizz delivers for them throughout BPL 2019.

Rajshahi Kings will play their first match against Dhaka Dynamites in the evening at Mirpur on the opening day – January 5.